You’re scheming on a thing that’s a mirage.

I just finished reading Daniel Altman’s (@altmandaniel) “Sabotage,” a book that details recent congressional efforts to obstruct economic recovery.  Altman’s book takes a close look at last year’s debt ceiling negotiations and surrounding matters.  He delivers strong evidence and logic in stating that it was a manufactured crisis intended to force concessions from President Obama.  I thought it a great analog for the current fiscal cliff negotiations, which shouldn’t be much of a surprise since the current mess is the bastard child of the former.  Here’s a sample of Altman’s perspective on said negotiations.

The Republicans’ first move was unprecedented in political and economic history. To demonstrate their newfound power, they drew a line in the sand, refusing to raise the nation’s debt limit unless the president and the Democrat-controlled Senate agreed to long-term cuts in the nation’s spending.

The old chestnut of “Never waste a good crisis,” is now never waste the opportunity to manufacture and exploit a wildly unnecessary non-crisis.

As I stated in a post last week (How I Learned to Stop Worrying and Love the Fiscal Cliff), it’s time to go over the bump and let the pressure amp up on congress to clean up their mess for those who truly need help.  The rest can fall by the wayside.

Now, if you’re still worried about the cliff, Altman’s book may help put things in perspective.  If you’ve already done that, the book is still a great read.

Still here?  Then I’m guessing you need the song.

I wouldn’t want to disappoint.

We’re dipping into the egg nog and preparing our Christmas Eve dinner while listening to some of our favorite Christmas tunes.  We hope the holidays are treating you well!

Fair Warning: If you don’t recognize the character above, this may not be the song list for you.)

No. 5 Bob & Doug McKenzie – The Twelve Days of Christmas

No. 2 The Little Drummer Boy – Bing Crosby and David Bowie

No. 1 Fairytale of New York – The Pogues

Think I missed the mark?  Then give me a bit of whatfor in the comments.  Links to your replacement choices are required!

I make the rules here, so if I want the Top 5 list to include 6 or more songs, so be it.

I’ll end a blitz of posts with a nice spot of music.  This one tends to shift me into a sedate mood which I think could be a good thing for a lot of folks this week.  I hope it hits you well.

Pro Tip: Do not break bottles over anyone’s head…. Ever.

I daresay this is madness.

Signup at http://t.co/LjapiWfp to receive more info on the National School Shield & its mission to protect our children pic.twitter.com/hykzh3c5

To be clear, this is pure and simple diversion.  We cannot allow the NRA to set the terms of the discussion.  If we’re arguing over whether we should place armed guards in our public schools the NRA’s goals are accomplished.  That is not the discussion we should be having.  In other words, do not fall for that banana in the tailpipe! 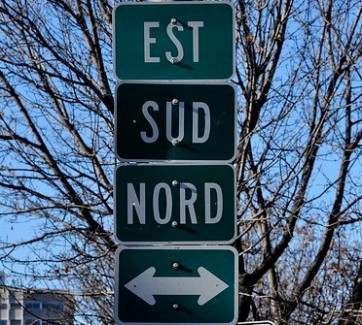 A number of sources on Twitter have pointed out this little logical mind bender put forth by the NRA.

Am I missing something?