Okay, so I can’t claim to know if Genetically Modified (GM/GMO) foods are completely harmless as we just don’t know yet.  Some variants may be absolutely safe, positive contributions to our food systems, but I fear they’re getting broad brush approval due to financial concerns.  Given time, we’ll learn whether or not they are loaded with hidden dangers.  Connecticut is considering legislation which would require all GM foods be labeled as such.  This seems a fair approach as it would then give consumers the opportunity to make informed choices.  It would also help raise our collective level of awareness, as I believe few know how pervasive these products are.  It’s probably no surprise that I advocate for the precautionary principle* as this wouldn’t be the first time technological progress preceded scientific knowledge of a technology’s drawbacks. END_OF_DOCUMENT_TOKEN_TO_BE_REPLACED

A bit of a lazy post today.  I thought I’d share the intro of one of my favorite documentaries in the hopes that you might check out the film.  Canadian farmer, Percy Schmeiser has spent the past several years battling Big Ag over GMO licensing and seed contamination issues.  This is not the run of the mill doc which lulls you to sleep.  The Schmeiser’s story is a gripping tale which warns against a potential monopoly over our food system, while touching on the potential dangers of GMO foods.  I’ve posted links for the rest of the film below.

Thanks for stopping by!

Check out the rest of the film and please share any thoughts you have in the comments section below. 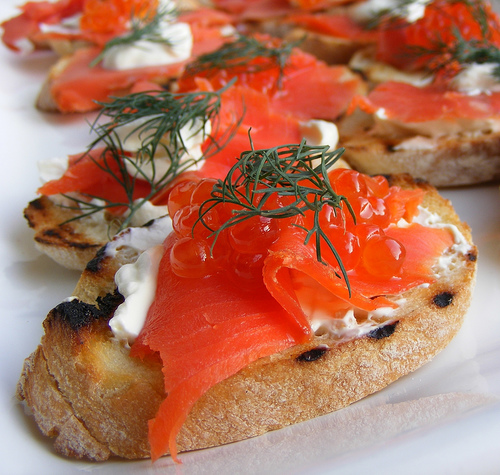 The following is an excerpt from Dan Kennedy’s article:

“According to a report in the New York Times, FDA scientists found that the altered fish, developed by AquaBounty Technologies, based in the Boston area, were unlikely to escape into the environment and cross-breed with native schools of Atlantic salmon. The agency also found that even though the genetically altered salmon carry elevated levels of insulin-like growth factor-1 (IGF-1), a suspected carcinogen, those levels are so minute that they pose no health risk.”

So, they’re not saying it wouldn’t be bad for these fish to get into the wild.  They’re just saying that it would be unlikely for it to happen. What could go wrong?  Well, I guess we could get a repeat of the flooding that started the Asian carp issues we now have.  Aside from the unusual, but not unlikely event of two bodies of water being temporarily joined together in an unintended way, there’s nothing else that could cause this to happen. Unless you believe the wholly preposterous notion that a fish farm employee might decide that it would be pretty sweet if these monsters were available in the river where they like to fish.  Inconceivable!  Eggs could be unintentionally distributed in streams. (And on, and on…) Or maybe I just watched Jurassic Park one too many times.  It’s your call. END_OF_DOCUMENT_TOKEN_TO_BE_REPLACED